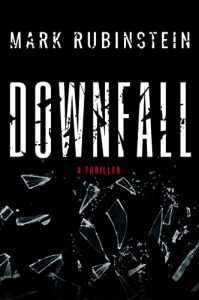 First, his doppelganger is killed—then it’s his father. Rick Shepherd is being stalked by a murderer.

When Rick Shepherd, a physician, approaches his office on a busy Manhattan street, he finds police cars, an ambulance, and crime scene technicians. He soon learns a passerby was shot three times in the back, murdered at the front door to Rick’s office.

Later that evening while watching the local news, Rick and his fiancee, Jackie, see a photo of the victim—to their horror, the deceased looks identical to Rick.

Two nights later, while making a house call in a Brooklyn apartment building, Rick’s 64-year-old father is shot and killed in the exact same way. Detectives Art Nager and Liz Callaghan are assigned the case, and they launch an investigation. There are no clues leading to the perpetrator.

Even more ominously, someone has been calling Rick and Jackie’s apartment and hanging up. Whoever is targeting Rick must have murdered his father, and they now have Rick in their crosshairs. Nager and Callaghan seem to be making no progress with their investigation. Rick’s quest for the truth draws him into a labyrinth of secrets, past tragedies, and the agonizing pain of lives shattered by a single event. Can he make it out before he meets the same fate as his father?

Perfect for fans of Michael Connelly and J. D. Robb

“Downfall is a very classy and gripping high-octane thriller—I could not put it down.”
—Peter James, best-selling author

“Part psychological thriller and part police procedural, this novel reads like a TV series worth recording so as not to miss an episode.”
—Library Journal (Starred Review)

“Mark Rubinstein’s Downfall is a harrowing murder-mystery wrapped in an enigma. It’s whip-smart and crackling-paced. Part medical thriller, part detective story, but ultimately a heart-wrenching story of the fallibility of memory and how past trauma haunts a life. Treat yourself to this story today.”
—James Rollins, New York Times best-selling author

“Downfall is a psychological thriller par excellence that follows one man’s personal descent into a deconstructive hell. Mark Rubinstein hits the bull’s-eye dead center in a scintillating stunner of a tale destined to place him alongside the likes of Joseph Finder, Harlan Coben and Lisa Gardner. Downfall reads like a post-modern equivalent of the John D. MacDonald classic Cape Fear, pushing its characters to the brink while pushing readers to finish it in one sitting.”
—Jon Land, USA Today best-selling author